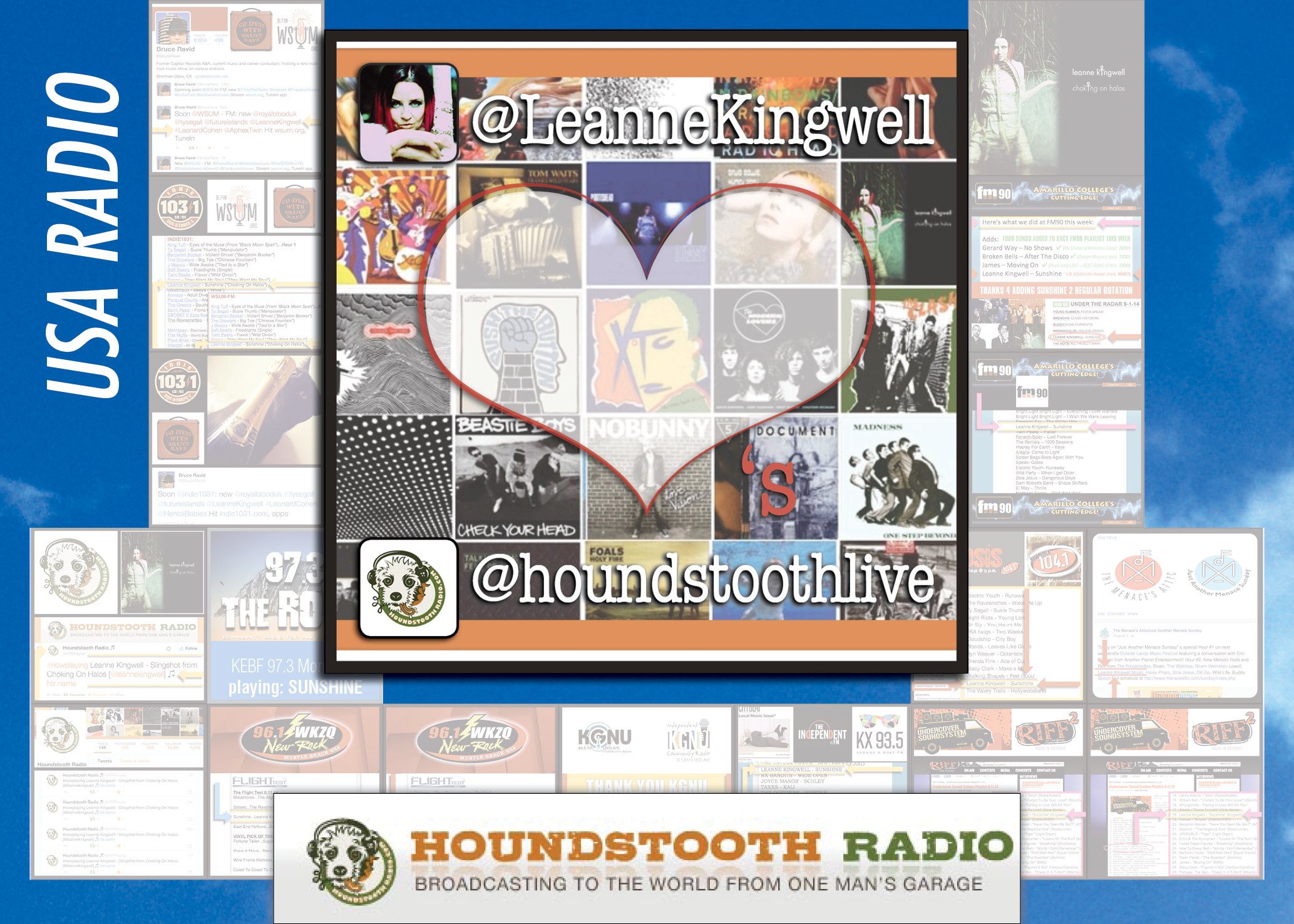 The station’s creator, curator, owner and DJ, Kurt St. Thomas has certifiably platinum ears. St. Thomas gave Nirvana’s album “Nevermind” its world premiere by playing the album from start to finish over the WFNX FM airwaves, at 7pm on August 29, 1991, in Boston, MA. The album “Nevermind” went on to sell over 10 million copies in the US and 26 million copies worldwide.

Kurt has DJ-ed and programmed some of the hottest airwaves in the US, including the world famous KROQ in Los Angeles, CA. He is currently the Executive Music Producer for the legendary WFNX, and launched Houndstooth Radio, to showcase his personal picks for current and next new cool.

He’s chosen “SLINGSHOT” from the “Choking On Halos” album, to be played on repeat alongside alternative heroes like the Pixies, Nine Inch Nails, Arcade Fire, Yeah Yeah Yeahs, MGMT, Black Rebel Motorcycle Club, Daft Punk, Jack White, Moby, Lana Del Rey, Gorillaz, Sleigh Bells and more… how fucking cool it is to be a peer in such company.

Kurt may be “broadcasting to the world from one man’s garage”, but it’s one heck of a facility, with one heck of a playlist, and one heck of a renowned musical seer and prophet at the helm.

The Houndstooth Radio playlist is cooler than outer space and live tweeted from @HTRPlaylist.