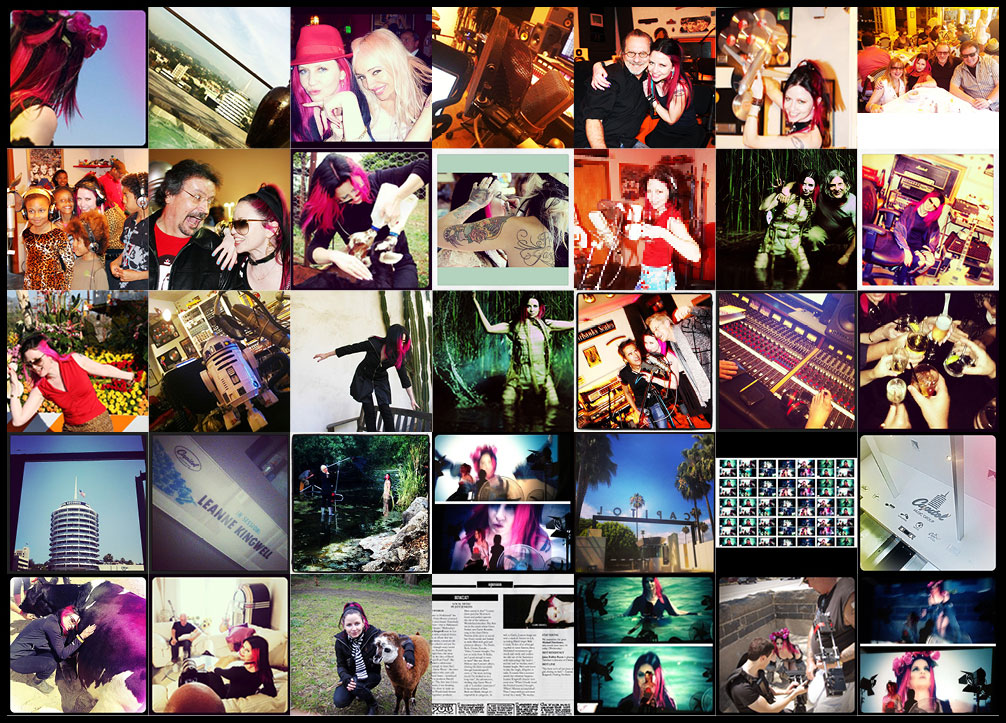 There’s been plenty of news, but not a magical news typing pixie in sight. Let me catch you up on the past year or so…

Songs were written and frequent flyer points earned with one foot in Melbourne and the other in Los Angeles. There was recording in the Hollywood Hills. Mastering at Capitol Records. More mastering at Abbey Road. I got added to Pandora Radio. Received some smashing reviews. There was radio airplay and interviews… minor earthquakes… and lots of margaritas. A photo shoot in L.A. with Dean Karr. Video shoots in Melbourne with Forrest Redlich. I studied quantum physics by night and drove on the wrong side of the road by day. And all the while my cat bravely waited for my return.

I checked in at the Furry Love Factory (aka Gunyah Animal Healing Sanctuary) as often as possible to kiss pigs and alpacas, feed baby goats and chase every fuzz face in sight yelling “Furry Cuddles!”

I got my tonsils out…
Jumped out of a plane… with a parachute.
And now…

Now I’m gearing up to launch my album in America.

So let’s see how I go keeping this new NEWS thing updated with interesting stuff.