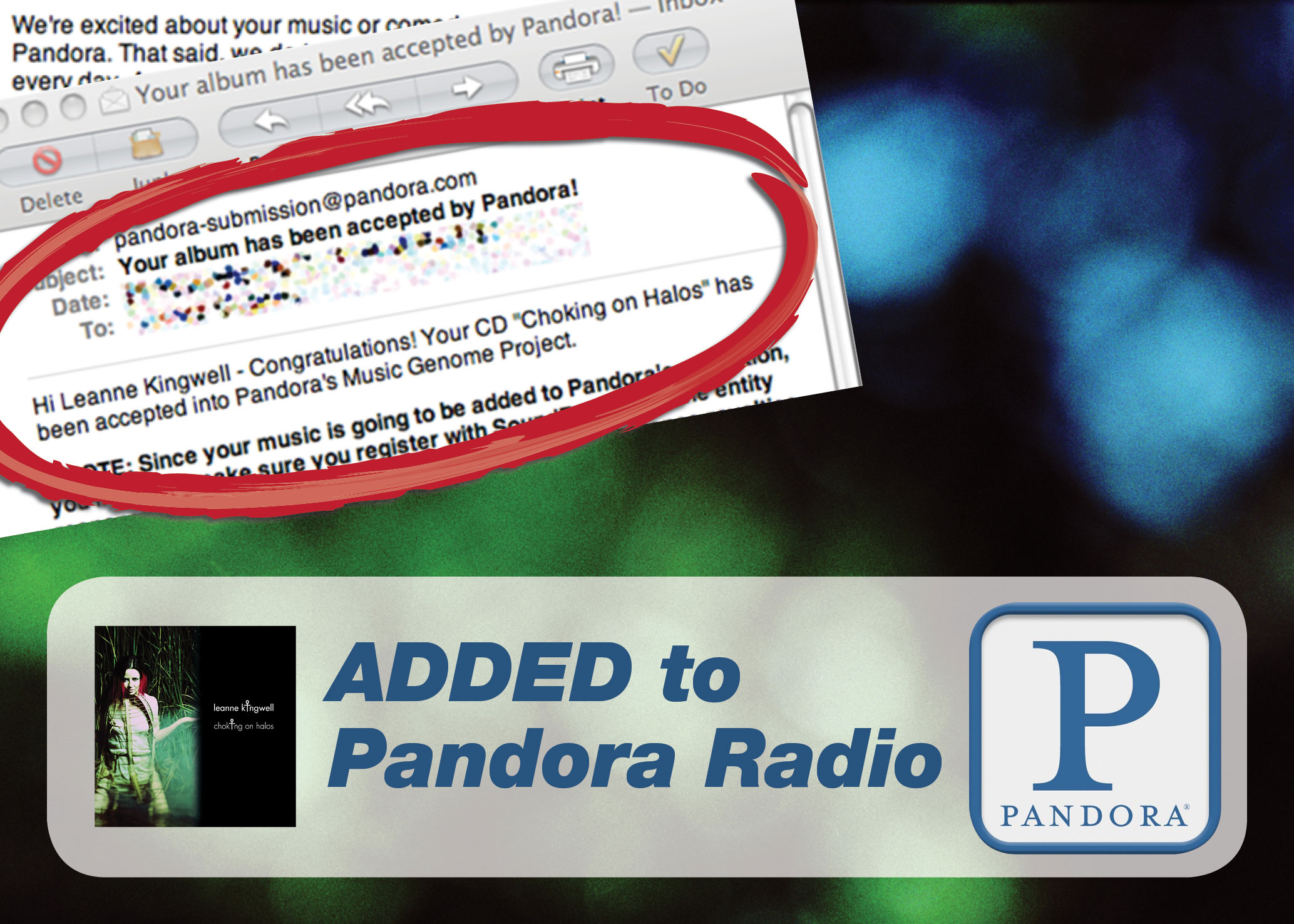 According to the myth, after Pandora opened the box, she closed it again, leaving only hope inside.

According to fact, Leanne Kingwell’s entire “Choking On Halos” album has been added to Pandora Radio.

In April 2013 Pandora Radio announced that their radio streaming service had passed 200 million users. At the time of writing, Wikipedia states that Pandora has “about a 70% share of the internet radio market in the U.S.”

You probably already know what a revolutionary, internationally renowned music discovery platform Pandora Radio has created. But you may not be aware of how difficult it is for an independent artist to get their music accepted by and added to this internet giant.

Naturally, they have some serious gate keeping and quality control in place to maintain their position as the biggest and best internet radio service in the world. Pandora’s own website states: “while we feel a great affection and respect for everyone who makes the choice to create, the reality is that the majority of the music or comedy we receive does not get selected.”

Having the whole “Choking On Halos” album accepted into Pandora’s “Music Genome Project” is a huge win and an exciting endorsement for an independent Australian artist who’s dedicated her life to, and spent just about every penny she’s ever earned, on making music.

The Music Genome Project is described on Pandora’s website as being “the most sophisticated taxonomy of musical information ever collected” which “represents over ten years of analysis by our trained team of musicologists”.

Unlike less choosy competitor Spotify, (who accept all music regardless of quality), Pandora Radio “does not use machine-listening or other forms of automated data extraction… each song in the Music Genome Project is analyzed using up to 450 distinct musical characteristics by a trained music analyst.”

By manually assigning “genes” to every piece of music on file, Pandora Radio applies both science and heart, to calculate compatible music to play alongside the songs or artists a listener nominates as “station seeds”.

Thanks for unleashing my DNA on the world, Pandora.
And for leaving me filled with hope.