Radio spins and other wins. 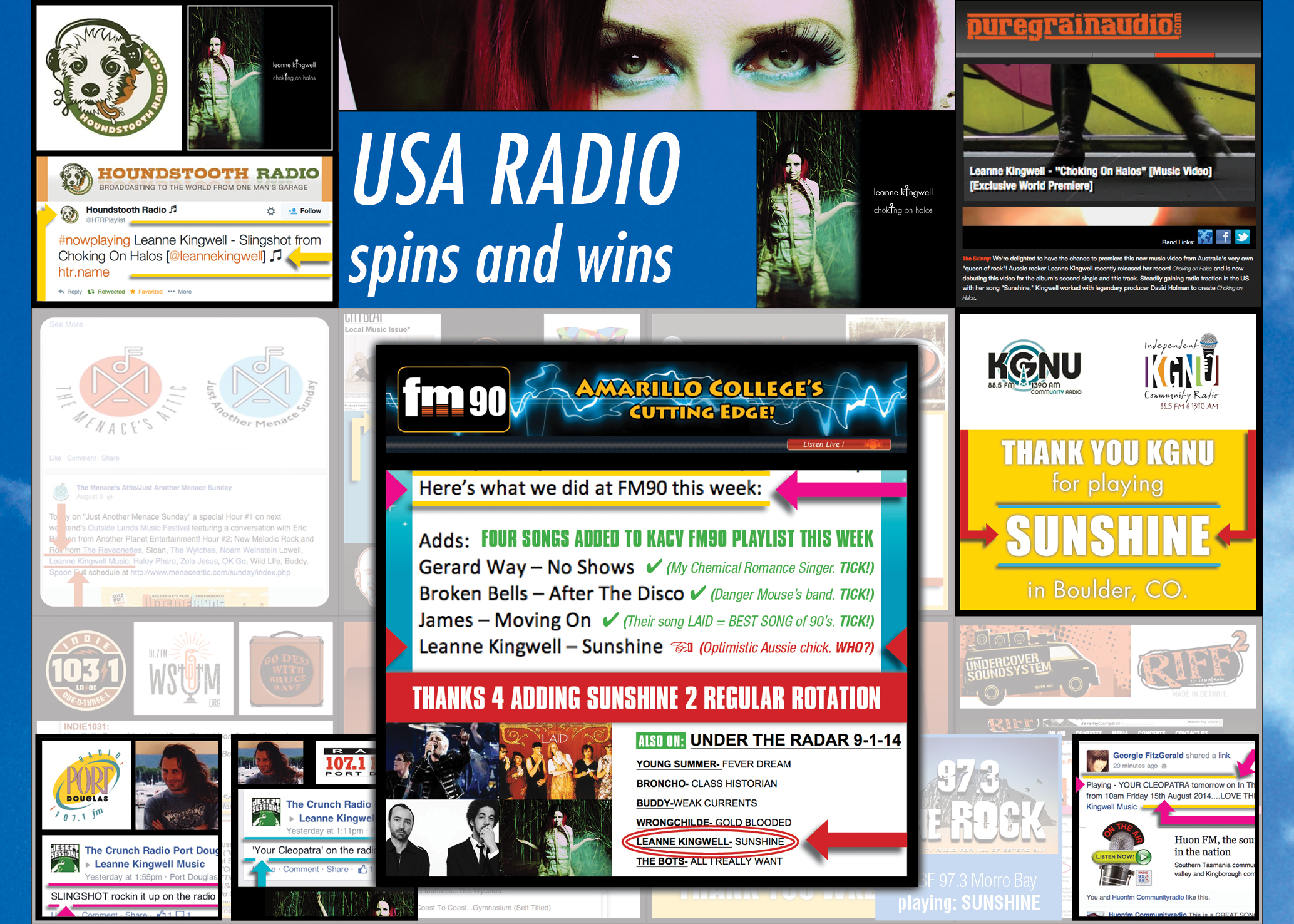 Only four songs were added to regular rotation and the other three names on the list were Gerard Way (singer, My Chemical Romance), Broken Bells (Danger Mouse and James Mercer’s band) and the band James, whose excellent track “Laid” was one of the best songs of the nineties. Leanne admits to being a little bit excited about the band James, liking and favoriting her posts and tweets on the radio company she’s keeping.

“SUNSHINE” is enjoying repeat plays from early supporters, including 101.1FM Riff 2 Detroit, also adding a few new stations to the growing list, such as KGNU in Boulder, Colorado.

It’s great to know there’s still decision makers in the music business, willing to take a chance and back their hunches based purely on merit of the music. Thank you to all of those people.

The “Choking On Halos” video celebrated an exclusive World Premiere on PureGrainAudio.com before announcing the launch of Leanne’s “Other People’s Shoes” peace promotion. Centred on a peace wish embedded in the song and short film she made, the #THISisme #OtherPeoplesShoes campaign intends to focus attention on the value of empathy and goodwill. Timely thoughts for a world at war, fast approaching World Peace Day.

Find out how to JOIN in, promote PEACE & WIN here: http://wp.me/p3XquD-5L
PRIZES include: Autographed physical CDs, plus digital versions of the “Choking On Halos” album.