The Lopsided World Of Leanne and Jonathan L 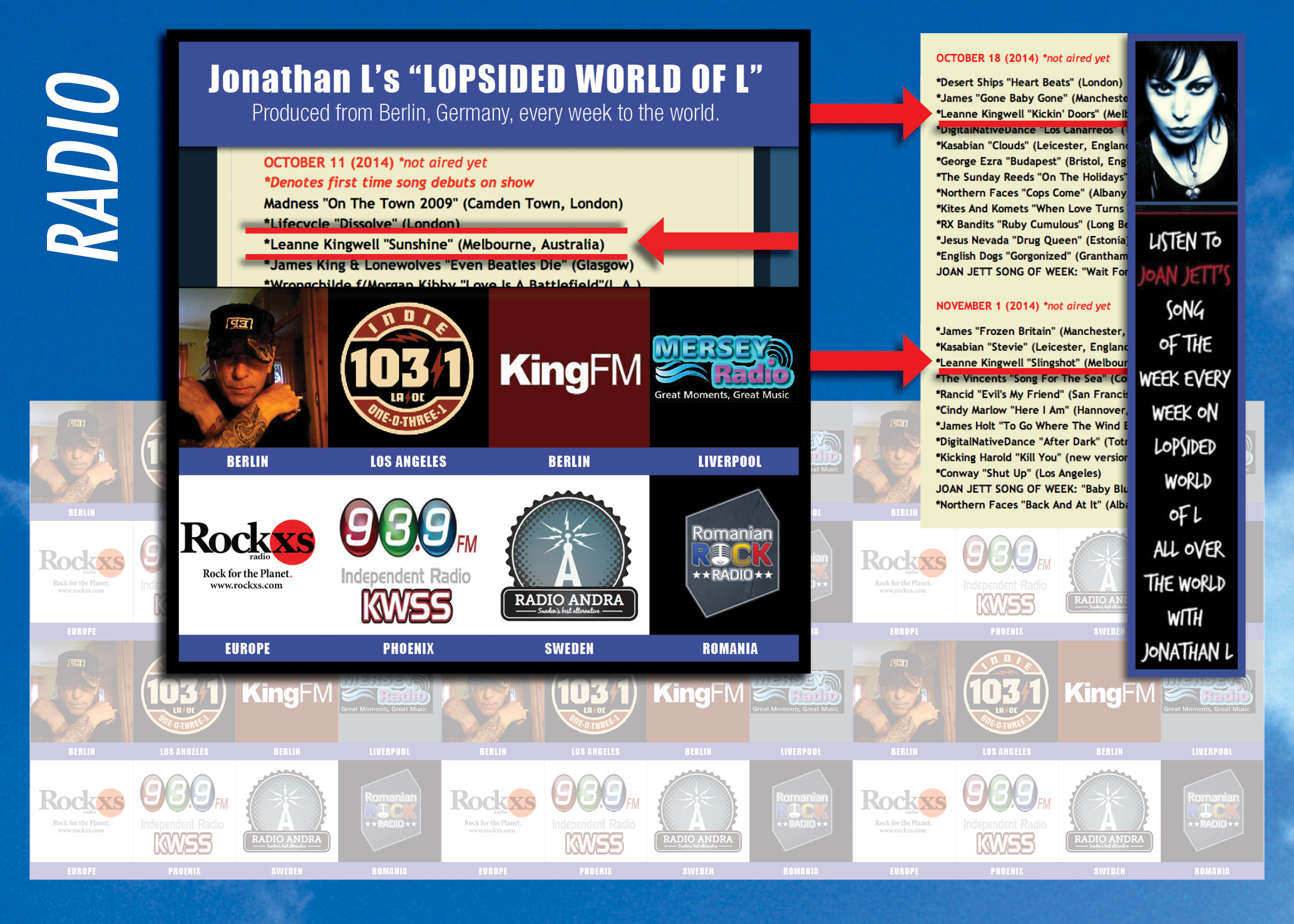 Jonathan L is an esteemed American DJ, who produces his radio show “Lopsided World of L” out of Berlin, broadcasting to the world via 7 stations in 7 countries each week. The show includes “Joan Jett’s Song of the Week, every week”… and how could that be anything less than cool as fuck?

Jonathan L has made a career out of playing “music from artists you know and don’t for over 32 years on radio” both on air and as program director for some of the coolest American stations and shows in the history of “virgin vinyl wax attacks”. Wikipedia states that “By the late ‘90s, Jonathan L was considered a national go-to guy for alternative radio” in the USA.

Wikipedia also credits Jonathan L as being “the father of all radio festivals” for organizing “one of the first large scale music festivals in the United States for alternative station KUKQ in Phoenix, Arizona in 1989, years before Lollapalooza”.

It’s honour to be playlisted by one such legend. It’s downright mind blowing being described by him as “an exciting young woman who has her own unique sound” with a “Damn she is good!” and a promise spanning 3 weeks worth of shows to play “3 different tracks to give you a better perspective about this Melbourne, Australia musician.”

Be listening this weekend as Lopsided World of L spins SUNSHINE in the October 10-12 edition.
And tune in again for the October 18 and November 1 episodes, each scheduled to feature a different track from yours truly.

Thanks for beaming my tracks around the globe Jonathan L.
Gives a girl faith to know there’s real beacons in the biz, still searching for gems and helping them shine.